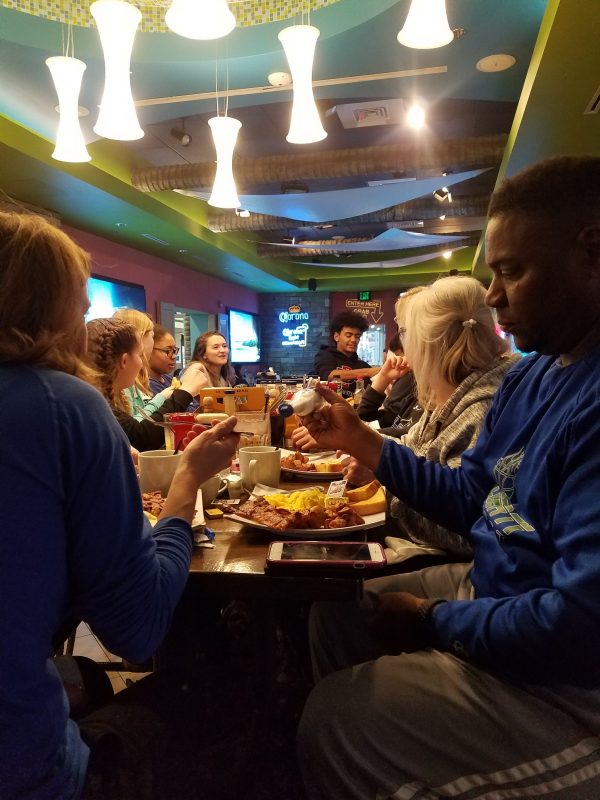 I finally have internet and can write you!  Life here is a little more complicated when it comes to computers, cell phones, etc….. at least for me. 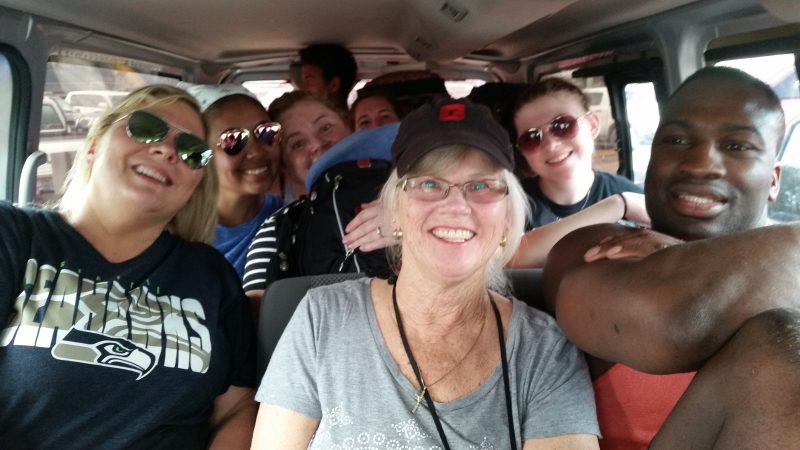 We arrived in Miami very tired as you can see from the pictures, but then boarded the next plane for Port au Prince, Haiti.  We only lost one piece of luggage, but had to wait in line for a very long time to file a claim for it.  Turns out it never left Miami.  It should be waiting in Port when we leave.  We met our driver and squeezed (literally) into a van. It was air-condition

ed and we were thankful for that.  Our driver was typically Haitian in his driving methods, but God watched over us once again and we arrived in Nan wo about 6 pm.  We had a beautiful dinner prepared  by Madame Pastor, set up our mosquito nets and our rooms and settled in.  It was a very cool night and I was actually cold and slept in a light down coat and pants…. the wind blew all night.  Could this really be Haiti?

Sunday was church.  Although there was a language barrier for many of us, we all worshiped the Lord in one spirit.  It was so good.  in the afternoon we prepared for Camp the next day.

Today is Monday, our first day of Camp.  I would judge that about half of the kids in the school preschool through 6th showed up, but that was manageable for the first day.  i think many more will come tomorrow.  We divided up into 4 groups and had 4 stations.  Each station had teachers and members of our team helping. 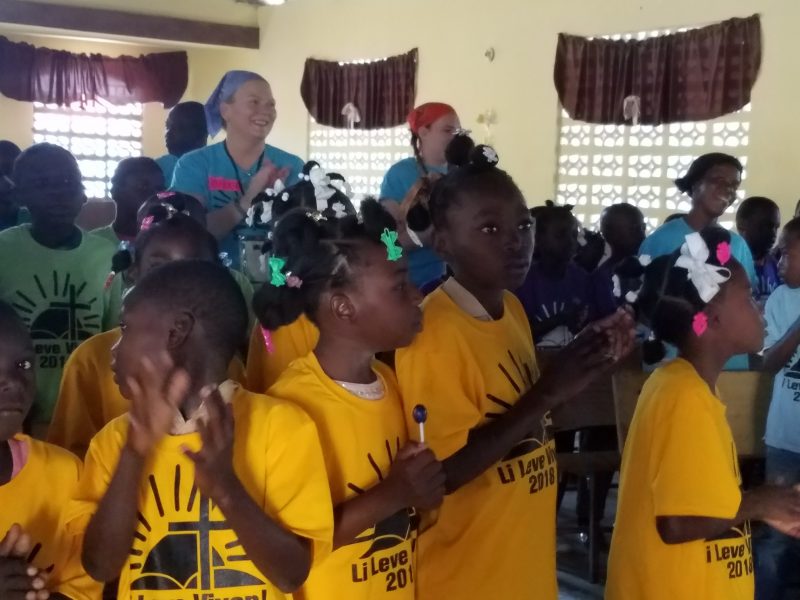 Station One was telling the story about Christ in the garden praying before the crucifixion.  During one of the classes the teacher asked the children who wanted to know Jezi (Jesus).  All raised their hands and he had them come forward, get down on their knees and he prayed for them.  What a compassionate man he is and his love for Jesus flowed out to the children!

Station Two was crafts and today children drew with markers on bags coloring in a cross.  They also colored in books we gave them.
Station Three was watching a short dvd and snacks.  These kids rarely watch a dvd, so this was a real treat.
Station Four was games in the yard.  Noah led them and was fantastic!
Tonight we will show the Pixar film Cars with whoever wants to watch from the community.  It should be fun!
Thank you for your prayers.  This is such a positive, enthusiastic team. They have worked hard in preparing for this and have done a fantastic job.
Dixie and Team 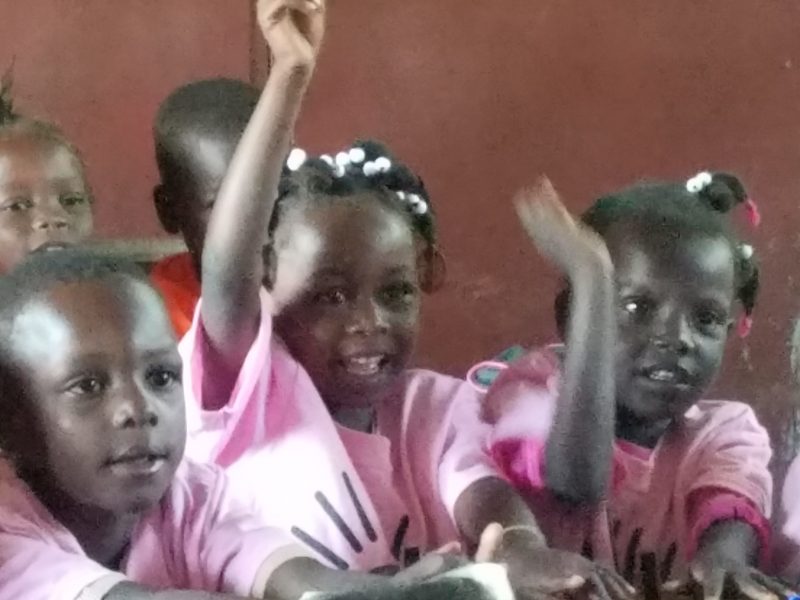 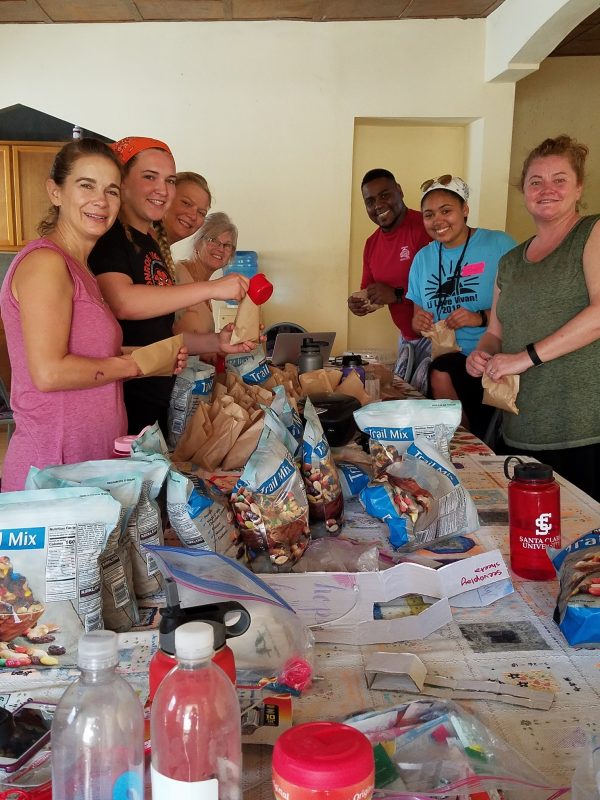 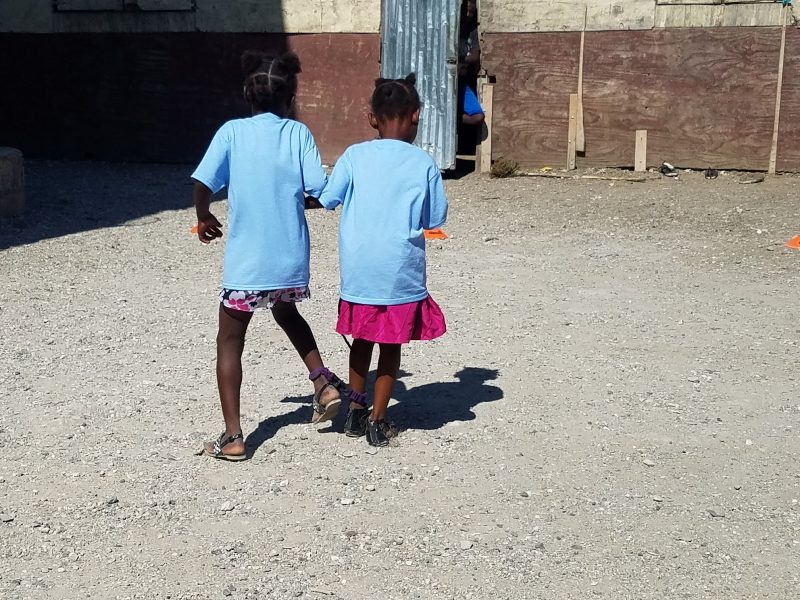 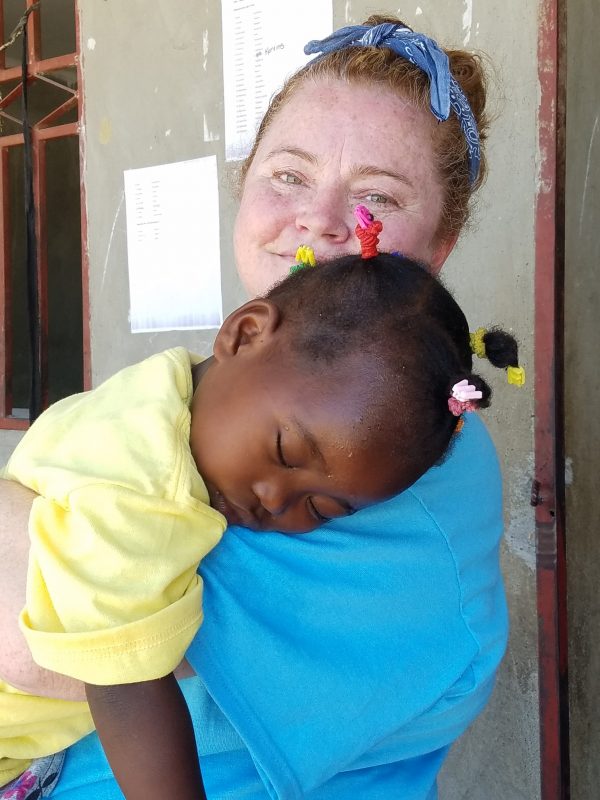 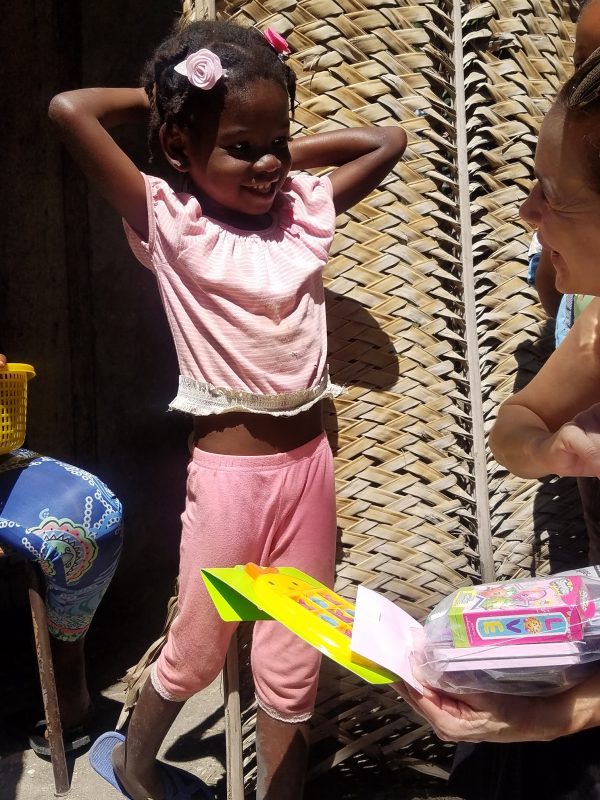 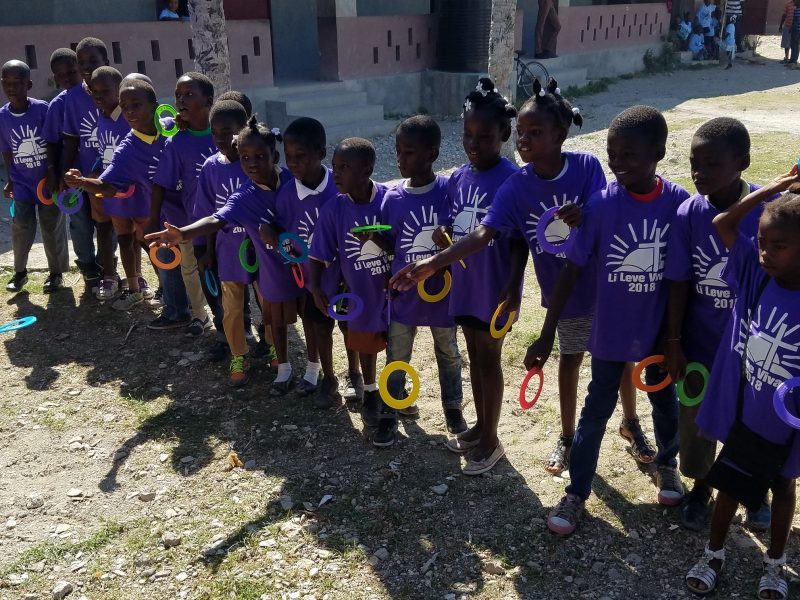