Skip to content
Our night was long and not as quiet as the one before. Throughout the night Harley thought he heard water running and thought the downstairs toilet was possibly running our water tank dry.

It was not running water but voodoo drums in the distance…. always a good reminder why we have invested ourselves here outside of Dessalines in Nan wo.  I thought of the constrast of the darkness of voodoo and the light of Jesus.

Praying and singing began about 5 first with men and then with the women.  Inspite of the noise of the generator it was wonderful sound to wake up to.  There are about 100 men and women who have hiked down the mountains to spend the next three days with us.  Madam Pastor will be feeding them all two meals a day. They bring blankets and sleepon the cement floors in the school rooms.  This teaching that we bring to them is something they look forward to each year.

Joel spoke on adoption telling them about a little girl no one wanted and was adopted by a couple he knew.  She could not sit or walk, her eyes were crossed, and she had many other problems.  No one wanted her and this couple was told she would never walk.  They chose to adopt her anyway and gave her their name.  It is the same with God.  He has chosen us and given us his name.  Isaac Howard (we call him Popeye) spoke on ‘Our Life’s Example – Traits of people with true integrity….. deeds not words’.

Isaac Hanna spoke on division in the church.

Joel will be speaking tonight at the outreach.  We will all go to cheer him on.  It is in the town’s huge soccer field instead of the town park this year.  The guys are resting up for tonight as I write this.  Harley is feeling a bit punky, so prayers are much appreciated.

Harley and I had to walk into town today and we met a friend I have known for years.  She said her middle daughter had left for Chili. If you haven’t heard, many are leaving for other countries to find work.  First many went to Santa Domingo, then Brazil, and now Chili.  This woman wanted to leave and find a job so that she would be able to send money home to her parents, sisters and their spouses.  But it seems there are no jobs to be found for women, only for men.  Her parents have sent her money to get by (money they don’t have) and she only wants to come back to family now.  This is the story of Haiti these days.  Please pray for Jesemene and her family.

A tailor on the street with his treadle sewing machine.  The community well Hope in Haiti put in a few years back has served the people well. 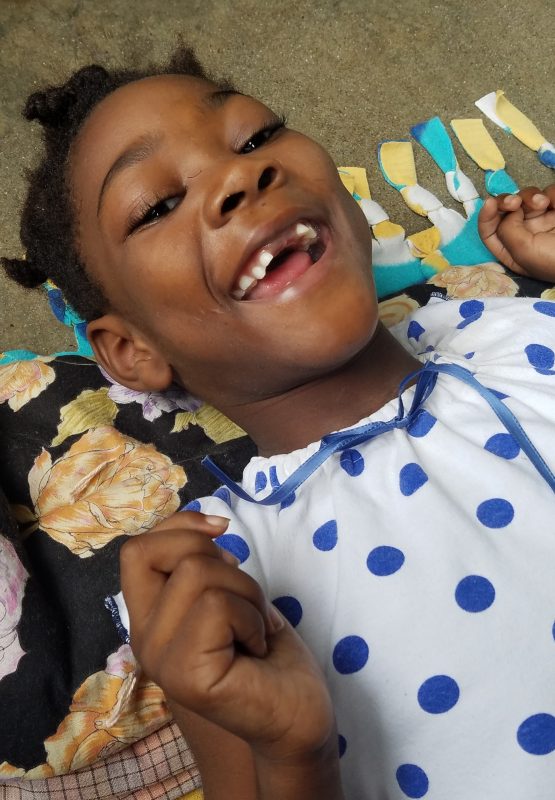 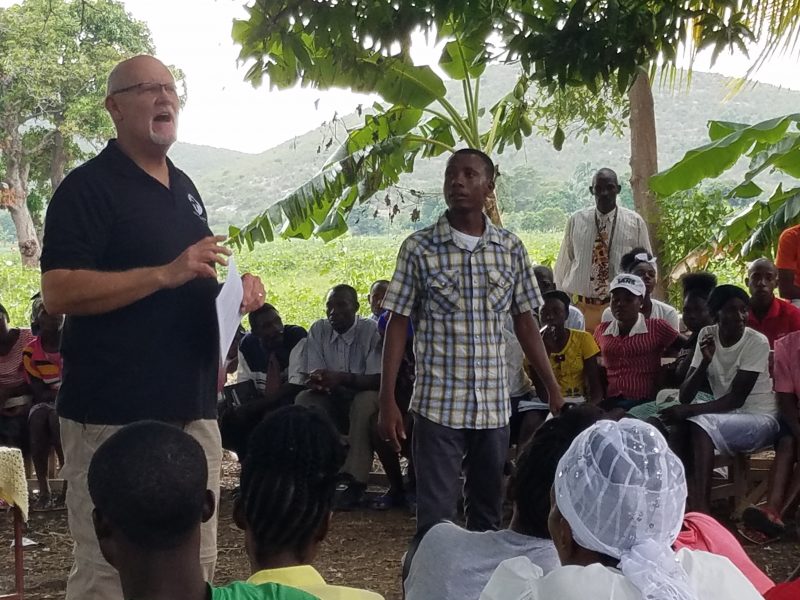 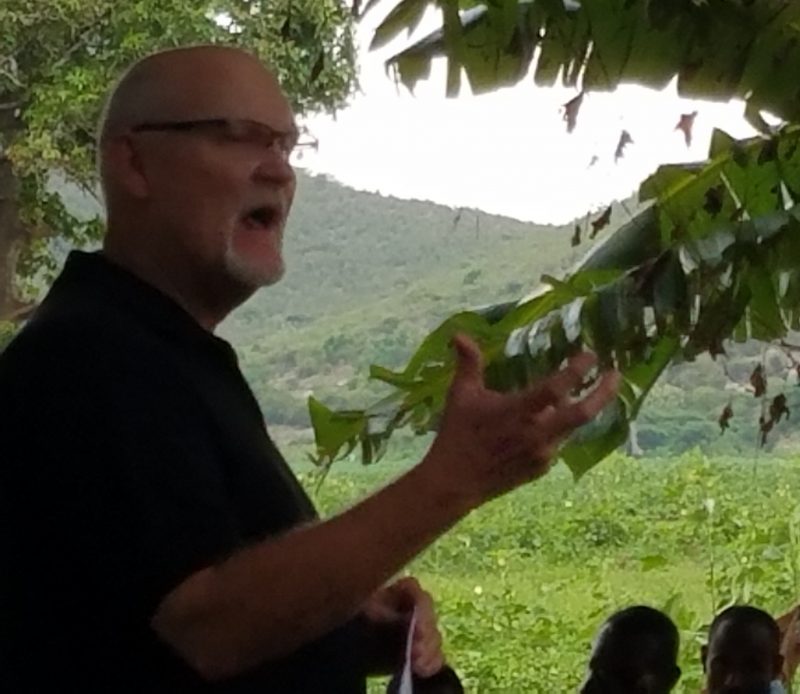 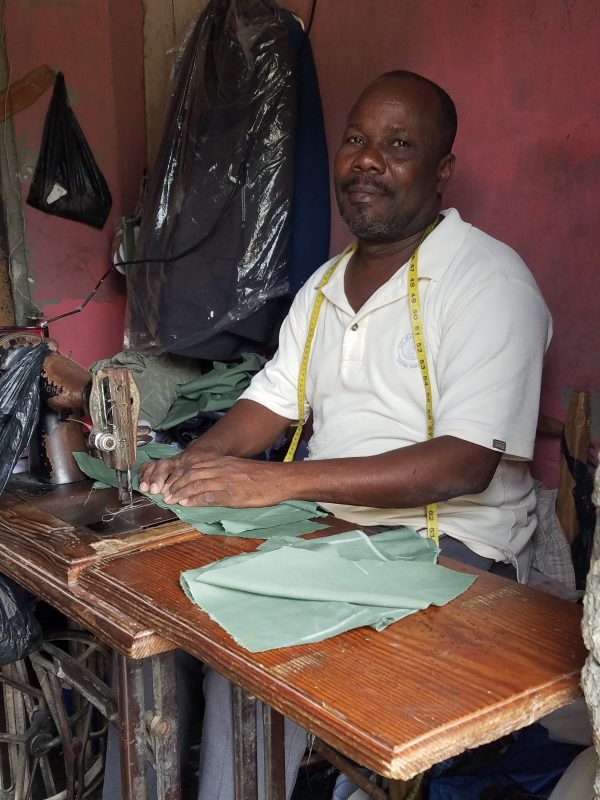