Skip to content
A Haitian saying “pa za pa” tells the story of Hope In Haiti in more ways then we know. Translated, “pa za pa” means “step by step.” Eleven years ago Dixie Montgomery and several others had a dream to help the poor children of Haiti overcome their depressing situation of inherited poverty. They never would have believed that someday it would grow into 14 schools and 14 churches. These schools and churches are overseen by Paster Louinet Gilles.  When he was younger he was one of the young workers Dick and Dixie were moved to help stay in school. Louinet followed his vision and went all the way through seminary with the Montgomery’s help. He now oversees a staff which has grown to 60 plus teachers and workers. God has blessed this work…”step by step!” Now Hope in Haiti has partnered with the work he started, supported along the way by a small handful of foundations and largely by donations given by sponsors such as you, one gift at a time.
Rain drop by rain drop we have enjoyed this trip.  We visited a well donated by Hope in Haiti which now provides pure drinking water to a community near the school in Nan wo.  We also repaired a persistently dripping bathroom sink drain that refused to accept repairs over our past two trips.  Isaac Hanna was able to fix a toilet that has had its issues for over 3 years, needing one new part after another.

Water has been a issue both good and bad within the building and regarding the weather. We are holding an evangelical outreach crusade in the Dessalines soccer stadium. (Yep, soccer is big here, really big!) The 3rd night the crusade attracted 2000 pepole before the torrental downpour thinned the crowd to 1000.  I dont blame them for leaving. The only covered place to hide was on or underneath the stage, holding 150 people or so. Fifteen minutes later, after praying and covering sound boards and speakers with tarps, we got clear skies and 1000 people back to the stadium for songs of praise, worship, and a message from Pastor Joel.  This message was then closed by the second wave of rain. The next night the rain, rather the downpour waited for the event to begin.  This one would not stop.  In fact, it gained strength as we crazy Christians danced and sang in the rain!  We went from sorrow to praise in the deluge. After we were all soaked, the rain passed long enough for Joel to preach to the 1500 people who had braved the storm. Rain-a-comin’, we broke into song once again, praising the God of creation as He baptized the new comers to the kingdom of God.

Sunday, early in the morning when I thought the story was over, accapella singing broke out in the court yard. As they sang the croud grew.  Dixie and I knew something specal was in the air so we quickly ran down the stairs to follow the singing croud through the houses toward the river. Paster Louinet and Pastor Verondieu keep walking straight into the river up to their chests. I thought of following them but decided I didn’t want to soil my clean Sunday clothes. The volume of the singing and clapping rose as others followed Louinet into the river. You guessed it, we were witnessing a river baptisim.
“Pa za pa”   Step by step, Hope in Haiti has been under God’s umbrella, we have had just the right amount of water at the correct time to sustain and change many in Haiti, including ourselves.
-Harley 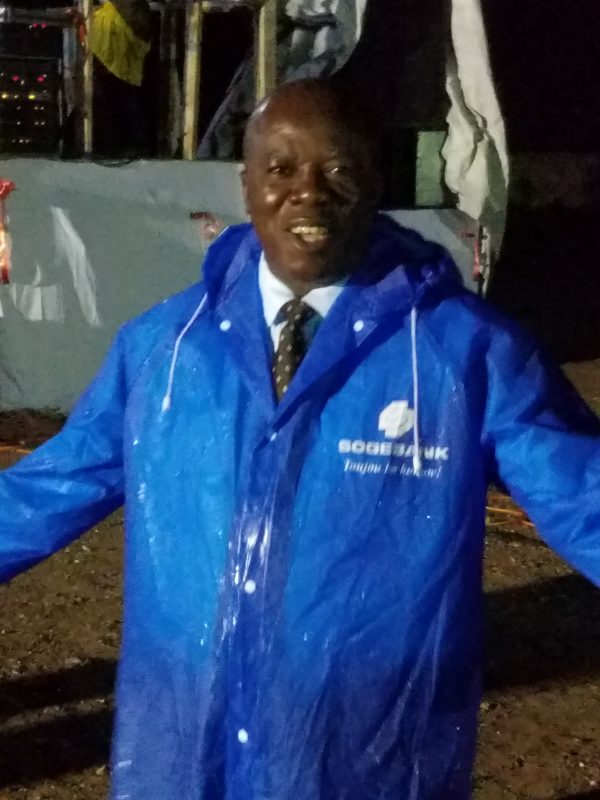 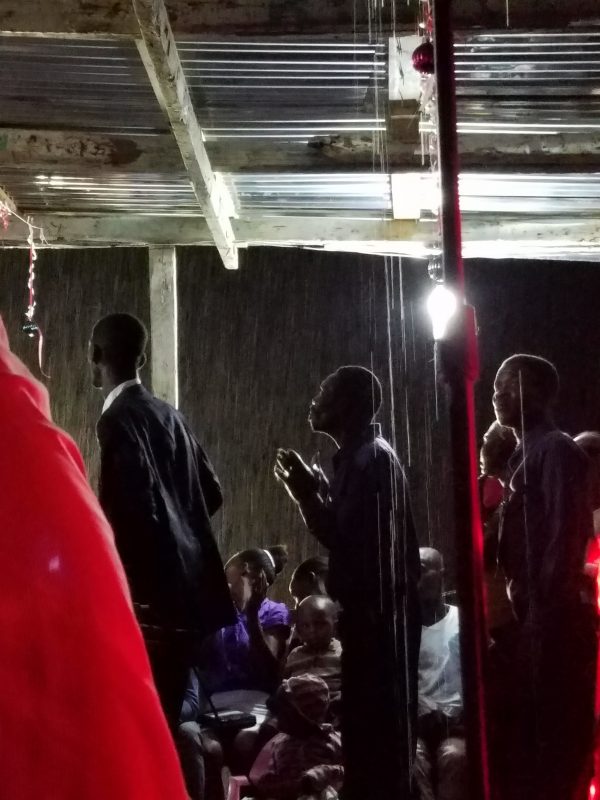 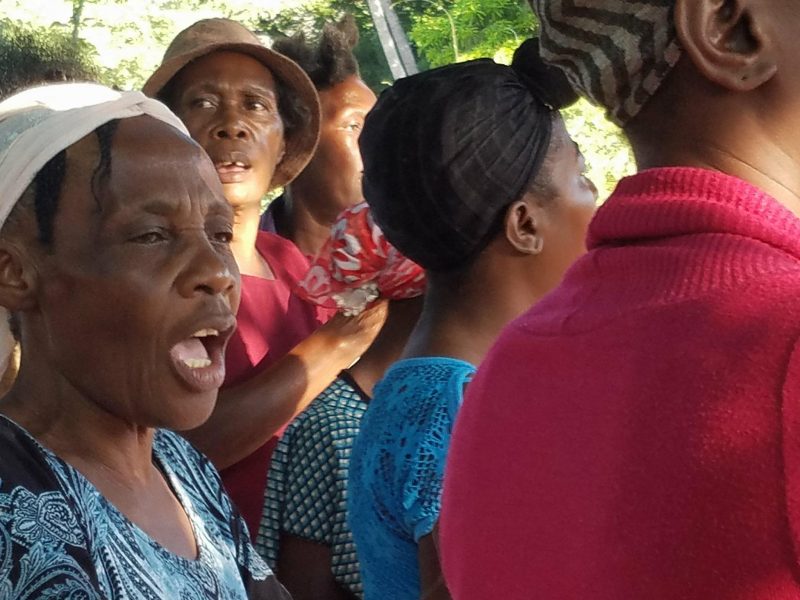 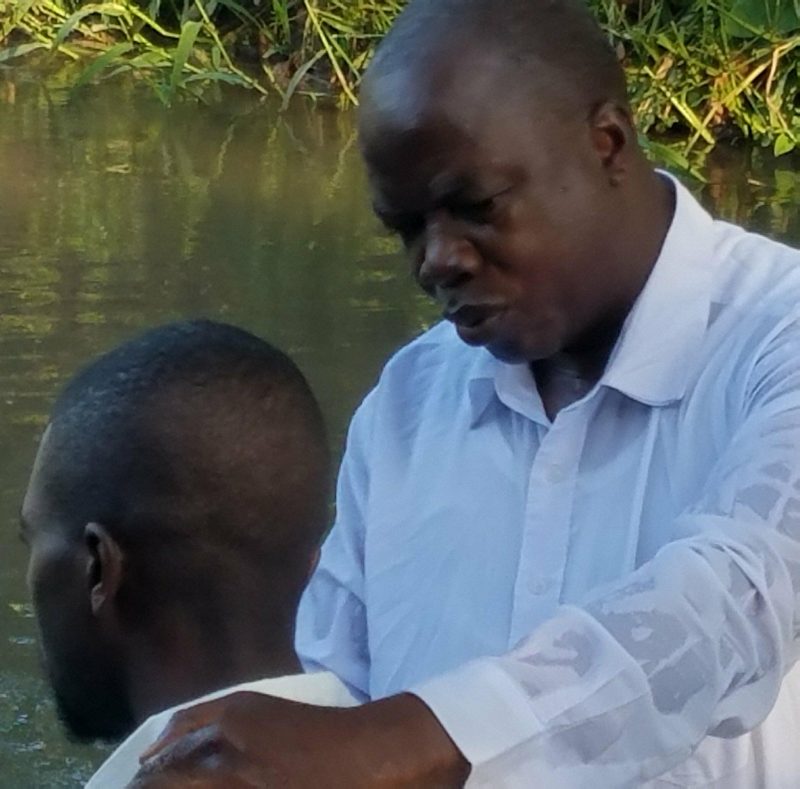