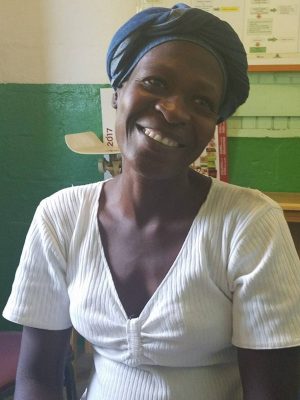 The team is staying busy in Haiti, between the men’s and women’s conferences, the evening outreaches in Dessalines, and the ongoing medical clinic at the orphanage.
Today at the clinic, Dixie reports that they met a woman would could hardly walk, who somehow hiked all the way from Post Piwo with her mother. She had been sick for several months. Dr. Tim thought she had a tubal pregnancy and instructed her to go to hospital. She chose not to go because she had no money. A bit later the team decided to send her anyway and pay for her. They stayed with her through the day, and we found out she had indeed been pregnant, but had lost the baby.

Meanwhile under the Mango Tree, Joel and Gerry shared with the pastors and other men how to share God’s story with others in their own context using some key principles. After that, they headed to the downtown square where they shared the gospel to a large crowd of about 1500 people. on Thursday Joel gave the message, drawing from Hebrews 11 and 12. Joel reports he sensed a strong opposition from the darker spiritual side of Haiti, which is steeped in vodou (Voodoo). Friday, Gerry gave the message. We hope to have more details soon. So far more than 30 people have responded to the call to put their faith in Christ! 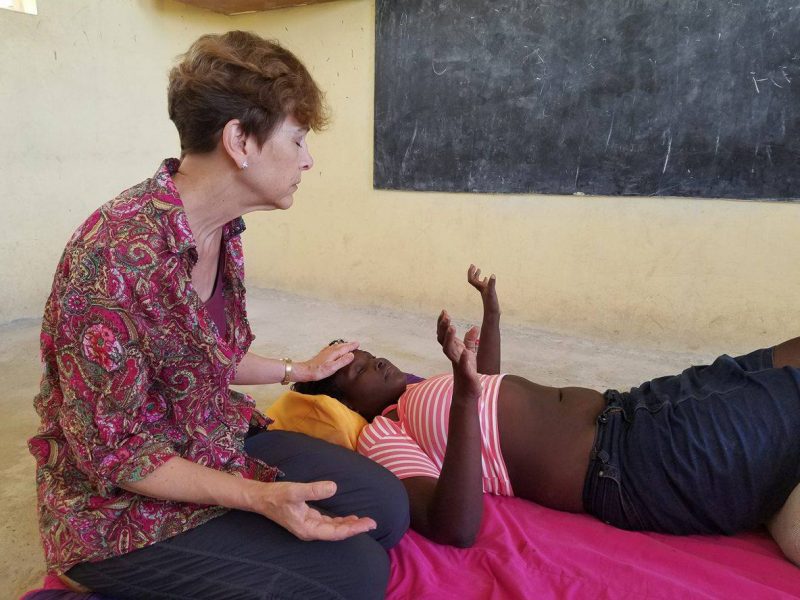 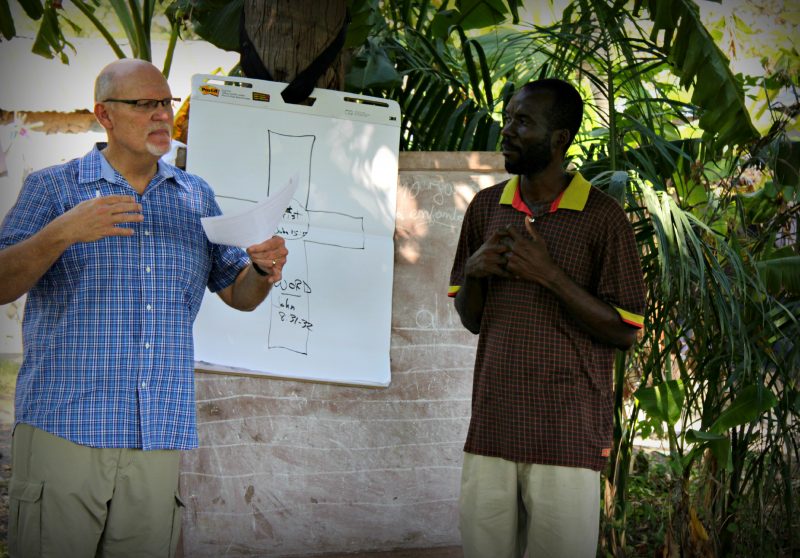